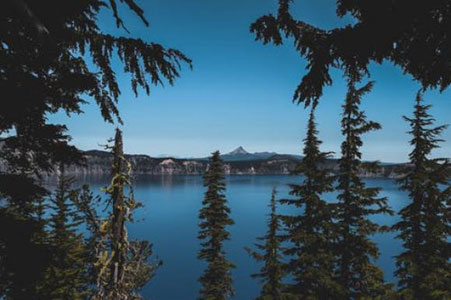 The Oregon Health Authority (OHA) has released its annual report on how the Death with Dignity Act (DWDA) is operating in the US state.

As of January 17, 2020, the OHA had received official reports that 188 people died in 2019, following ingestion of the lethal medication, compared with 178 people in 2018, representing a 5.6% increase in the number of deaths under the DWDA.

The 290 prescriptions which were authorised during 2019, were written by a total of 112 physicians with one physician writing as many as 33 prescriptions. Only one patient out of the total 290 was referred for psychiatric evaluation.

Among the patients who died following ingestion of their lethal medication, the time it took to die ranged from one minute to 47 hours. The amount of days which followed between the first request for assisted suicide and ingesting the lethal drugs, ranged from 15 to 1503 days.

59% of applicants who requested assisted suicide listed ‘fear of being a burden’ as a major end of life concern compared with 55.6% in 2018.

Overall, in the last five years we have seen the number of people who died under the Death with Dignity Act increase by 79% which is a considerable rise.

The latest report from Oregon shows a repeat in trends from previous years.

Among the most notable pieces of data is that there is once again, clear evidence of ‘doctor shopping’ given that one physician wrote as many as 33 prescriptions in the space of one year alone. This begs the question; how well did the doctor in question know the applicants? Did the applicants have to shop around for a compliant doctor because they had been turned down by a previous physician?

It is also significant that more and more people are stating that they fear ‘being a burden’ as a major end-of-life concern and that this reason ranks higher than fear about pain control at the end of life. While proponents of assisted suicide often present the practice of assisted suicide as a triumph for personal autonomy, Oregon’s experience suggests that in fact, for a significant proportion of people, their choice is a result of internal coercion.

When we also consider that the time between applying for assisted suicide and actually ingesting the lethal medicine ranged from 15 days to 1503 days, it might well be the case that some applicants have full capacity when requesting assisted suicide and are not acting under duress but circumstances can change significantly in the months or even years that follow. By the time the patient acutally dies, there is no safeguard in place to ensure that they are not acting under duress or that they have not developed clinical depression.

Finally, all official data from Oregon depends on self-reporting by the attending physician and with this in mind, it is difficult have a truly objective and accurate picture of how well the law works there and to what extent safeguards are really protecting the vulnerable.